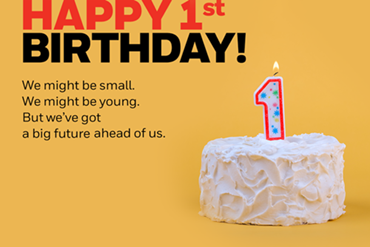 To Our Awesome GoDirect Trade Community,

My grandfather passed away over the summer and this holiday season will be especially hard without him. He was an honest, hard-working, and loving person and every single Christmas Eve he would read the birth story of baby Jesus before dinner. Whether you believe the story or not, it’s pertinent to this blog because it reminds me of our own birth story—but with GoDirect Trade. Every venture—from a fragile startup to a multi-billion dollar company—has a birth story and I wanted to share ours.

On a cool, winter evening in December, there were three nights’ worth of pizza and Chinese takeout boxes piling up in the trash bins. After multiple all nighters of failed tests and development “blockers”, GoDirect Trade’s official go-live date continued to slip. It had been months of putting the pedal to the metal and the team was mentally and physically tapped out. On this same night, I was flying back from the east coast, eager to come back to the team. It was the worst time to be gone but it was a critical customer meeting I couldn’t avoid.

Earlier in the day, emails and phone calls flew back-and-forth in an effort to keep the wheels moving forward. By nine o’clock that night, the start-up team was still at the office and I was in mid-flight, about an hour away from touching back down to Phoenix. Little did I know I still had quite an adventure to make it home. Long story short: Our plane hit so many headwinds that it guzzled up too much jet fuel—so much that we didn’t have enough to make it back to Phoenix. So, we detoured to Albuquerque, New Mexico.

But alas, that wasn’t the end of it. Once we finally got gassed up, back up in the air and then FINALLY started to make our descent down to Phoenix (I could see the runway), the pilot pulled the aircraft back into the sky and announced that our runway spot was taken by another plane.

The moment we blissfully hit the tarmac, I called the team.

“Is it good news or bad news?” I asked. Which was really code for: Are we going live tonight or not?

The response I got was lukewarm. Development blockers still existed. Ugly screens that looked like Grandma designed them circa 1999 couldn’t be corrected. It wasn’t the homecoming news I was hoping for.

But as a mother of four children, one thing a woman always remembers is what it’s like being pregnant “in the end”. For most women, as you approach your due date, every day feels excruciatingly slow. Like, first-day-at-a-new-job-and-you-cover-up-your-computer-clock-with-a-post-it-note-kind-of-slow. On top of that, you just feel like a house. And a house that continues to expand into a P-Diddy mansion. That’s for women who are approaching their due date.

Now, for women who go past their due date, oh boy.

I’ve done this (once) and it’s no walk in the park. The problem is that you’ve mentally prepared yourself to deliver by or on the due date. Pregnancy right before your due date feels like you’re holding up the Hoover Dam with your hands to save a town from destruction. But once you go past your due date, you basically let your arms down and say, “Meh, I can’t do it anymore. Let them all drown.” The only thing stopping you from throwing in the towel is the fact that it will only create more laundry for you.

This is what we all felt like on that cold, winter night. Tired, frustrated and deflated.

So after listening to all the reasons why we probably shouldn’t have gone live, I remembered myself as that pregnant mother, utterly exhausted and irritatingly disappointed. And right then, I knew what we had to do.

“I don’t care what it takes,” I said. Some babies that bake too long in utero become toxic to the mother—and this was exactly what was happening to our team. Not on my watch, I thought with renewed determination. “Whatever happens, we’re delivering this baby. Tonight.”

The GoDirect Trade baby had a smooshed face and a wicked ugly cone head. But we loved it. And you know what? Everything was okay.

And the rest is history.

Is our start-up perfect? God, no. Is our start-up a circus. Of course. But we’re growing at a pace that would make any start-up proud and we’re on a genuine mission to make the used parts industry a far better place. Together, we’ve created a start-up culture that’s inclusive, creative, and absent of hierarchy.

Fun fact: I literally sit at the “butt-crack” where we’ve pushed two makeshift tables together in order to fit everyone. Yet, despite the fact that I sit at the worst possible spot at the table, it’s a table full of people that I love coming to each and every day.

After all these years at Honeywell, I’ve finally landed in HCE (Honeywell Connected Enterprise). And I’m finally home.

Wherever 2020 takes you, I hope it leads you home as well.